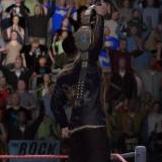 So I've had this game for about a month now and I had already bought in that this was a terrible terrible game.....not true...it looks that way to allot of people due to the smaller legends roster and

Ok I finally finished adding the town/city/country nameplates so now that that's done I'll be doing the win plates and then looking at match up screens. Pics below!